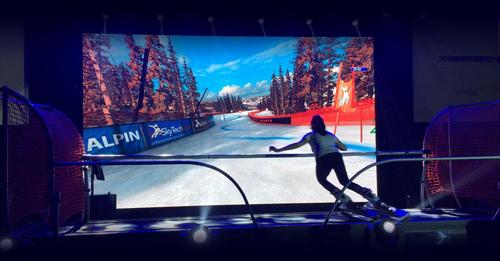 A new ski simulator centre is set to open in the city of Pewaukee in Wisconsin, USA, later this year.

Urban Slopes will feature four ski/snowboard simulators – stand-on machines with video screens in  front, requiring skiers to move according to the conditions they see in front of them.

The machines provide ski fitness training, rehabilitation and ski/snowboarding training. Ski teams, including the US national team, use the machines for training’ regular skiers use them to practice, improve and get ski fit and they can also be used to rebuild strength in a controlled environment when recovering from an injury.

Users wear ski boots as if they are skiing or snowboarding and the machines, supplied by SkyTechSport, can be adjusted to simulate various conditions like soft snow, groomed snow, ice and powder as well as different slope types.